I hope you are having a wonderful summer!

I want to introduce some fun riddles for you to challenge your brain!
Try to think outside the box and you will be able to solve them.

So here are three riddles for you to try out!

1. What has to be broken before you use it?

3. What has many holes but still holds water?

Can you solve them?

highlight below to see the answers ↓↓↓

If you solved them, that's fantastic! I hope you are looking forward to solving more riddles.

Remember to stay hydrated from the summer heat! 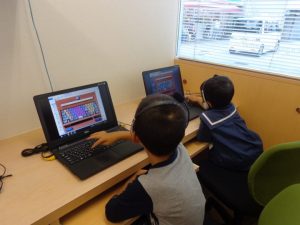 Pardon?
Excuse me?
One more time, please?
Can(could) you say that again, please?
what did you say?
I'm sorry but I didn't hear you.

On a farm in West Kentucky,
Lived a smart and rather plucky,
Gigantic, speckled farmyard hen,
Who measured in at six foot ten.
This was no ordinary bird,
Her intellect was quite absurd.
She read one thousand books a day,
And locals, there, would often say,
‘This hen is ludicrously smart,
Her IQ score is off the chart.’

It was so clearly plain to see,
—And nobody would disagree—
She had, without a single doubt,
Phenomenal amounts of clout.
To look at her, you’d think that she,
Was happy as a bird could be,
But deep inside a fury burned,
Ever since the time she learned,
Her carefree days were all but done,
And soon she’d end up in a bun,
Alongside mayonnaisey gunk,
And other slimey, greasy junk,
Then processed, paper-wrapped and sold,
On discount to a ten year old.